Originally from Co.Fermanagh Justin graduated from the London Foot Hospital and School of Podiatric Medicine in 1992.

He worked in London which allowed him to concentrate on his specialist areas of biomechanics, gait analysis and musculoskeletal podiatry. He has attended numerous post graduate courses and completed a Postgraduate Diploma in Podiatric Biomechanics from the University of Sheffield.

He has worked with some innovative practitioners in the fields of sports medicine, orthopedics, physiotherapy, osteopathy and has treated sports people from recreational thru to international and Olympic level and has treated athletes as part of the UK Olympic Performance Plan.

Justin has a particular interest in running, postural and lower back problems. He successfully treats sportsmen and women from recreational to professional athletes, including: runners, Gaelic players, hurlers, footballers, rugby players, golfers, athletes, cyclists, dancers, skaters and members of the Irish Army.

He is a past member of the Council of The Society of Chiropodists and Podiatrists of Ireland.

Justin was part of the team that provided the Fit Feet Program at the Special Olympics National games in Limerick in both 2010 and 2014.

Justin works between our Dundalk and Dublin clinics and specialises in foot mobilisation and orthotics.

Justin is a member of the following organisations:

If I wasnt a therapist I would be: Game keeper / gun dog trainer.
Currently reading: Blood River A Journey To Africas Broken Heart and podiatry related research papers.
Last Movie Seen: Cant remember does the new House of Cards on Netflix count?
Favourite Sports Teams: Ulster, Ireland, Clogher Valley and Dundalk RFCs
Favourite Food to Cook: Thai but I also do a mean roast lamb
Best Place Visited: Got to be New Zealand
Favourite Musician or Group: Too many to mention Im a closet dance music fan
Influence on Career: working with some really great physios when I as based in London and Ted Jedynak in Adelaide
When I’m not at work I’m: busy with 3 kids, a large garden and improving my sailing
Goal for next 12 months: Continue to build on sucess of podiatry.ie, see Ireland crowned world Rugby champions and get some more time off to spend with the kids while sailing! 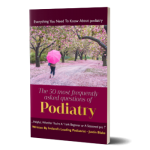 Want Some Help To Get There Faster?

Choose Which One Works Best For You…

Talk to a Podiatrist Today!
Inquire About Immediate Availability

Just click one of the buttons above and then fill out the simple form. 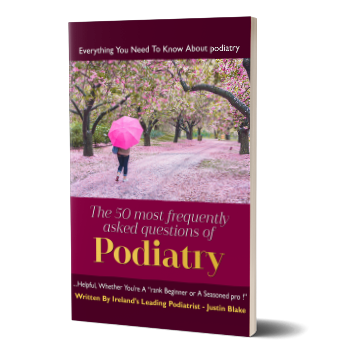